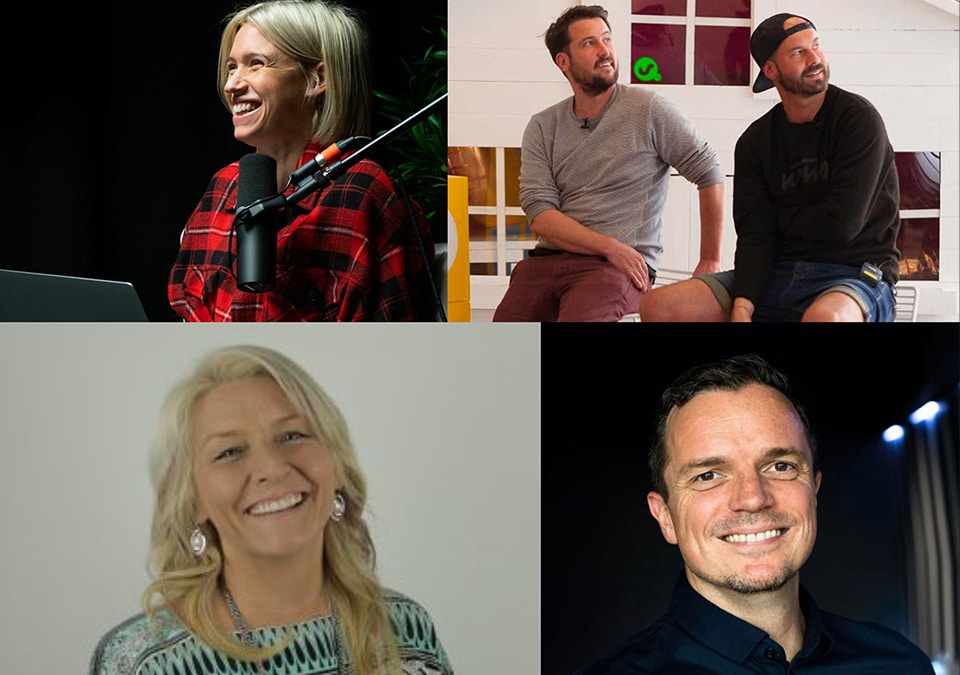 Our agency teams at Polymensa had the honour of speaking to four industry experts about team structures in agencies:

There was a lot of discussion about more traditional hierarchical structures vs. flat structures. Despite them all being for the principles behind a flat structure, none of them have been able to make it work at their agency. The two biggest challenges were:

Sinx from ustwo made the point:
“It’s less about being structurally flat and more about adopting the behaviours of a flat structure.” That means everyone’s opinion matters from senior to junior. People take ownership of their roles and beyond if it means it will move the business forward.

The following team structures were mentioned most commonly during the conversation:

The following are the highlights of all four sessions. Each section contains valuable information on team structures and the nuances behind making structures work. You don’t see the problems when things are going well

"We didn’t have a losing month for 10 years. Everything was good on the surface. Then after 10 years we were 300 people, no senior people, no board, no governance, no policies and procedures. What happens when you stop making money? You designed this monster, when everything goes well money wise it’s fine. But when it’s not making money, you suddenly have problems everywhere."

“In order to get team structure with a more flat organisation, to work really well, your people need to be 95% good - all the time. For me the reality of an agency business, which involves frequently hiring new starters and occasionally having people leave, that's never going to happen. We now have multiple layers of seniority. The important point, however, is that flat should be a behaviour i.e. listening to people in a meeting, letting everyone have a fair say and behave in a humane way treating each other with respect regardless of their position in the company. That is by far the most important thing, no matter how hierarchical your team structure is."

“They may seem expensive. But you won’t have to deal with many problems any longer that are holding you back. Hiring good senior people are key to a well performing organisational structure. Conversely having really senior people that are not right for the business is 10x more damaging to the business than having e.g. the wrong middleweight designer. We use 360 Reviews to make key decisions about whether someone is a good fit or not, especially with senior team members.” 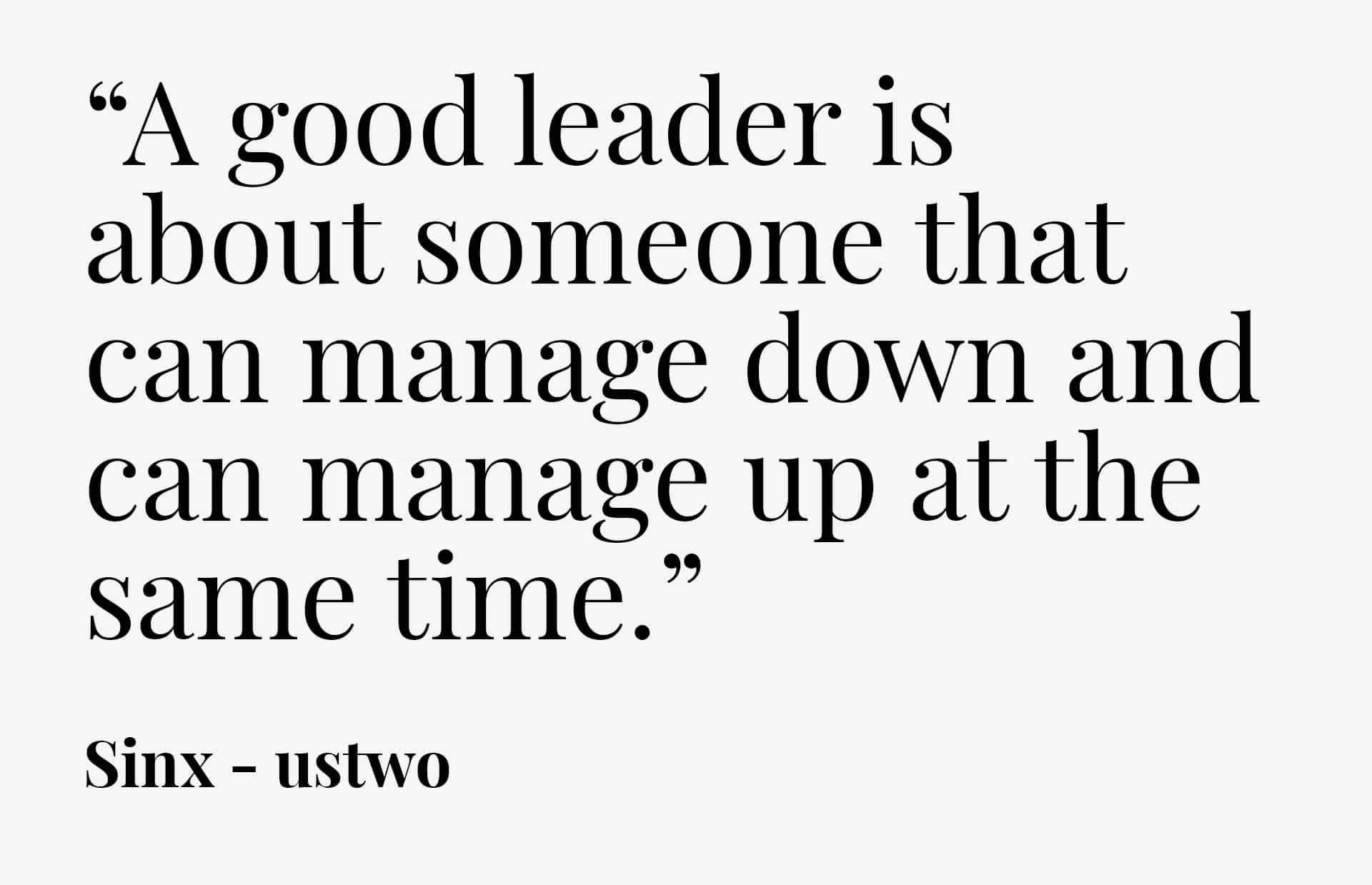 “With the wrong c-suite people on board previously (mainly because we didn’t pay enough to get good people in), we had people complaining about our central office management. What I learned is all the worries I had when starting to hire really senior people, team members complaining why they came with such a high price tag, why they are making decisions from the central office, etc. went away in an instant. When we started hiring really amazing people in central that came with a big price tag. No one was complaining. Everyone suddenly wanted time with that person. Everyone wanted to learn from that person. I personally wanted loads of time with them. They were highly respected and inspirational to the team. But of course you need to be able to afford such people.”

“To hire someone really senior or an advisor, look for someone that's made their money already. Board or non exec people who are at the start or middle of their career will be pushing quite hard on career progression, salaries, numbers. If you find someone who has had 30 years of experience resides outside of London in some big swanky pad and is not choosing to help you for money reasons. They’re probably right, as they’ll actually want to help you and see you succeed.”

“When you start paying someone the transaction means there's a commitment from a professional person to help you. It's no longer a favour. We used to have advisors who were friends and family - big business people, but we were insignificant for them and we got advice when they had time. Only when we started paying someone, it changed, they wanted to do a good job.” 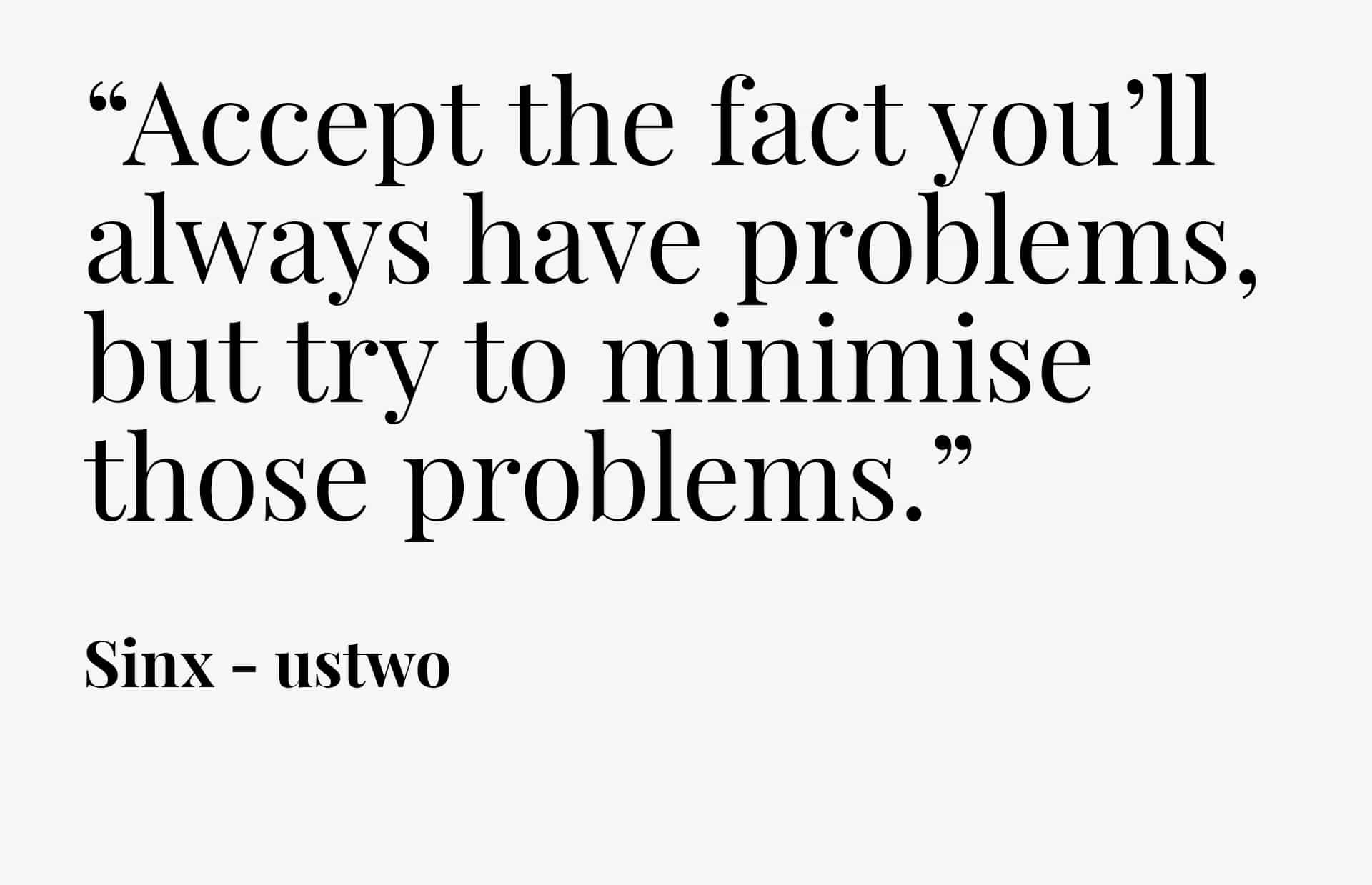 Team structure tip when running 2 businesses under one roof

“Trust me, the vibe was not good. The games development business we ran was very different to the agency - they were also performing very differently, which added pressure to one half of the business carrying the other. The right team structure in this case was to split out the two businesses. Have their own P&L, own board of directors, own vision and culture, career paths and processes. In other cases, where two business areas are very similar, it probably makes sense to keep them under one roof.”

Having specialists that are open to learning new things

“I'm not saying that someone needs to be an expert at everything, but we now look for very broad skill sets. We specifically look for people that are open minded to learning new things. In our world you have to be that way because the technological changes are too rapid.”

“When you're not growing, the main problems you get are things like career progression and development and people not motivated enough because they can't see the next step.” 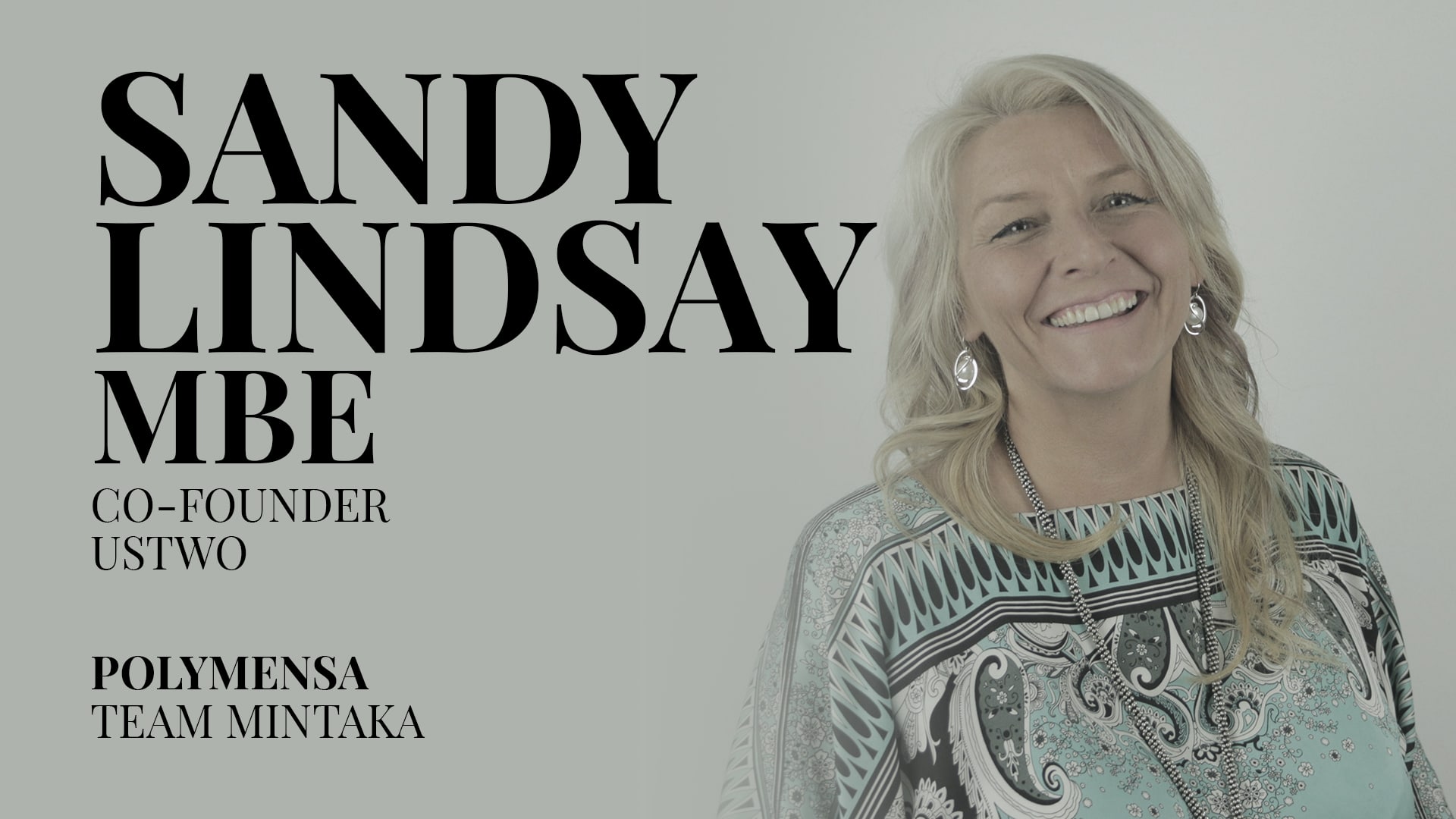 When to hire a Managing Director into your team structure?

“We ended up hiring two MDs. One to take the B2B and the other the B2C side of the business. We wanted fresh ideas, we wanted to go onto the fast track and to be real specialists in b2b and b2c. We kind of felt like we were as good as we can get in the current team structure. We needed new brains, basically. But if you're putting an MD in, you have to commit to it. They have to be the MD and they have to do things their way. And that's hard sometimes. Especially when you are handing over your baby.”

Hiring ahead or after the curve?

“We always recruited ahead and it always worked for us. It worked because from day one we were always quite an organised agency. So if we were at probably 70% capacity, we would recruit the next person.” 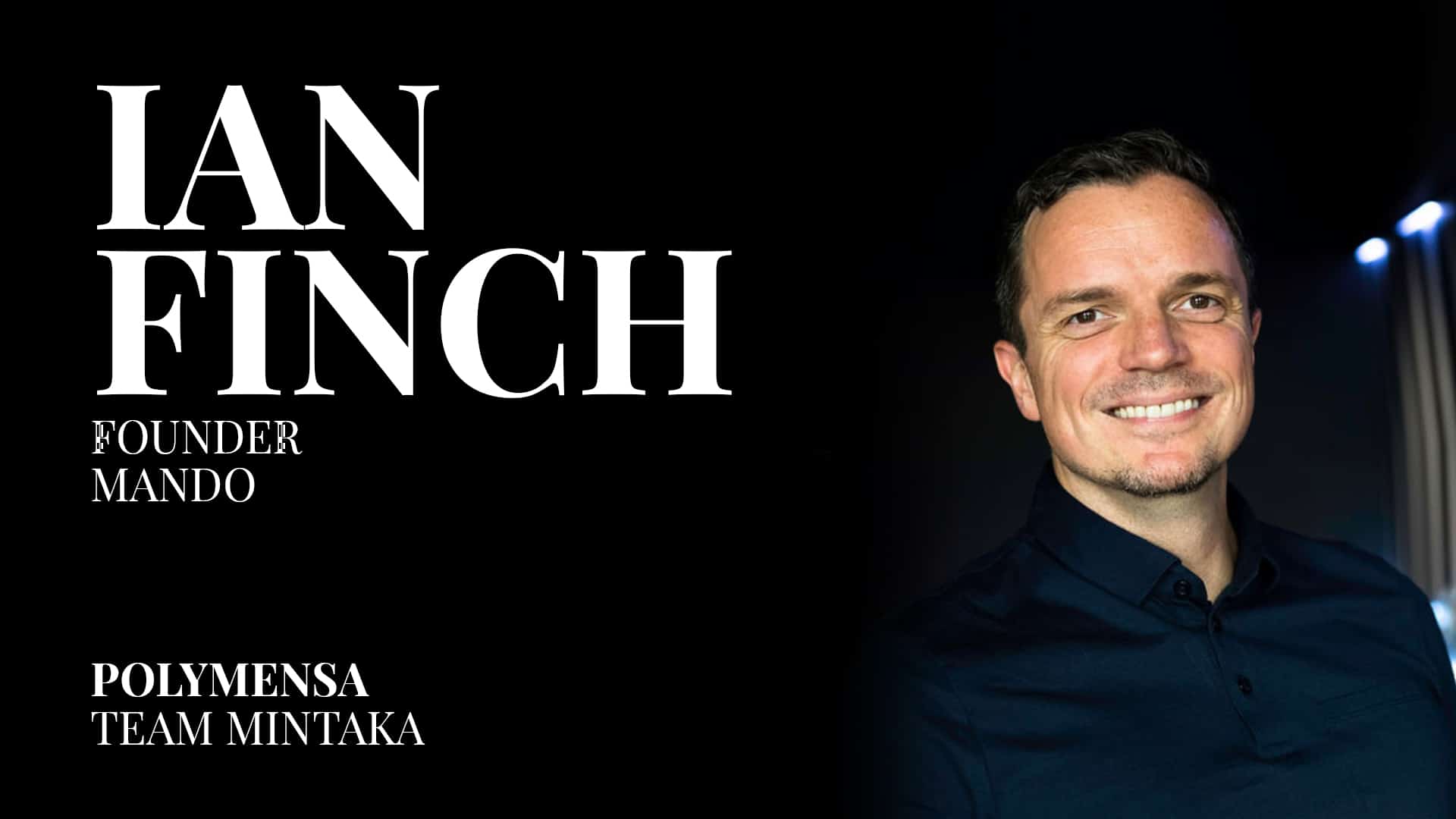 Accountability issues as you scale your team structure

“The beauty of being a small business is that you play to people's strengths and you can afford to have a flat shape. A gigantic shape that gives people space and autonomy. But you also make it more difficult to really hold people to account because you’ve known him or her for a few years. The fact they always forget to do their timesheets or they're a bit slack at getting back to a customer is ignored. You can’t let people get away with that at a certain team size. What helps is to bring senior people in to take that accountability responsibility from you.”

People that are right now, will not be in the future

“We qualify our leads on the basis of what their repeat spend will be. As a result we turn down a lot of work. If that means we grow slower, so be it. We’ve had so many engine purge experiences in our pipeline, but then we’d just get project after project. We would keep hiring bodies for each project with no clear visibility of whether there would be any future work after the project. That destroyed the efficiency of our organisational structure.” 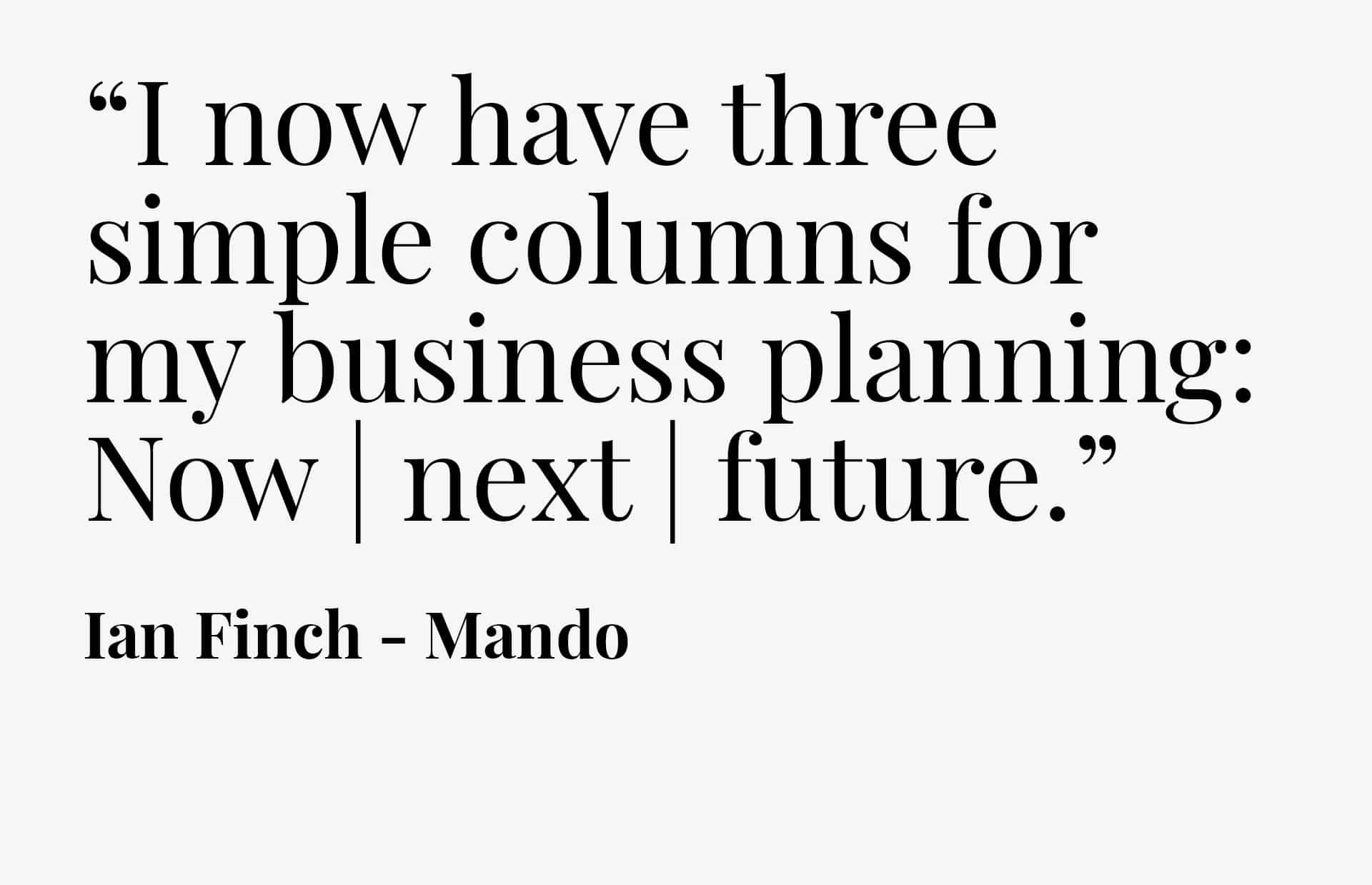 “After £1 million turnover, you really need to tighten up finances, probably even sooner. You need to get a financial director. Ideally full time.”

The importance of feedback when scaling

“To scale your agency you need people who love you and value you enough to tell you straight up when you’re slacking and you're not focussed. That feedback is key.“

“We adopted the principles of an account manager having a revenue target and a portfolio of customers. Similar to the concept of ‘profit centres’."

A new business development team structure that works for Mando

The Attract Team will help support an upsell opportunity for a client. The Growth Team informs them we do IoT and Chatbots stuff. So The Attract Team does some white papers around those topics. And then the Growth team can reference them from the website.

Another example might be that the Acquire Team has a pitch needing to know who else has had a situation where clients are trying to solve a similar problem. The Client Team will inform the Growth Team that they have a case study, who pass it on to the Acquire Team. Putting them all together is really allowed cross pollination, like we’ve never had it before.

Finally, you can't sell a 12 month programme, do a four hour handover and then expect seamless delivery. That was how we used to do things. However, now we ensure that the Acquire and Growth Team is involved in the first few projects, just long enough until we're properly embedded with the client."

“For 10 years they’ve forwarded emails between the client and production team. Without a real understanding of the problems and solutions being passed on. We haven’t got this 100% right yet. But we now hire salespeople instead of traditional account managers, and then make sure that they're culturally aligned and care about what we do. And if we can't find any, we just train everyone in sales. We decided to get really serious about sales training and have an ongoing sales trainer onboard.” 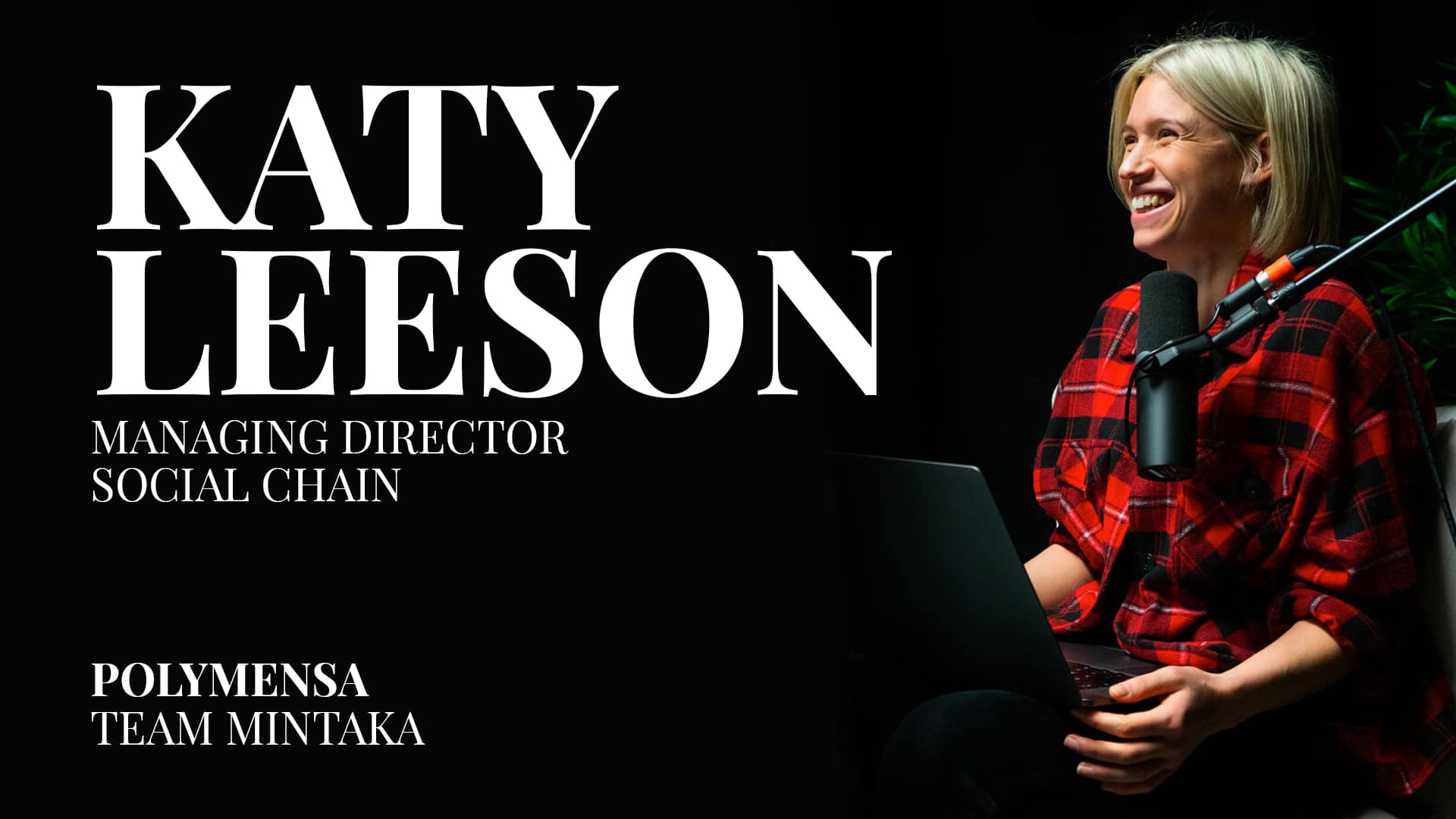 “When I joined, it was very much we did a campaign and then we didn't go back to that client afterwards. So you could never really forecast and you couldn't really build a model of growth, because we just did one campaign for one client and then moved on to the next.

It was only when we hired our client director who came from a large agency, we managed to really transform the accounts team into strategic comms thinkers, while being commercially minded.”

Get everyone involved in business development 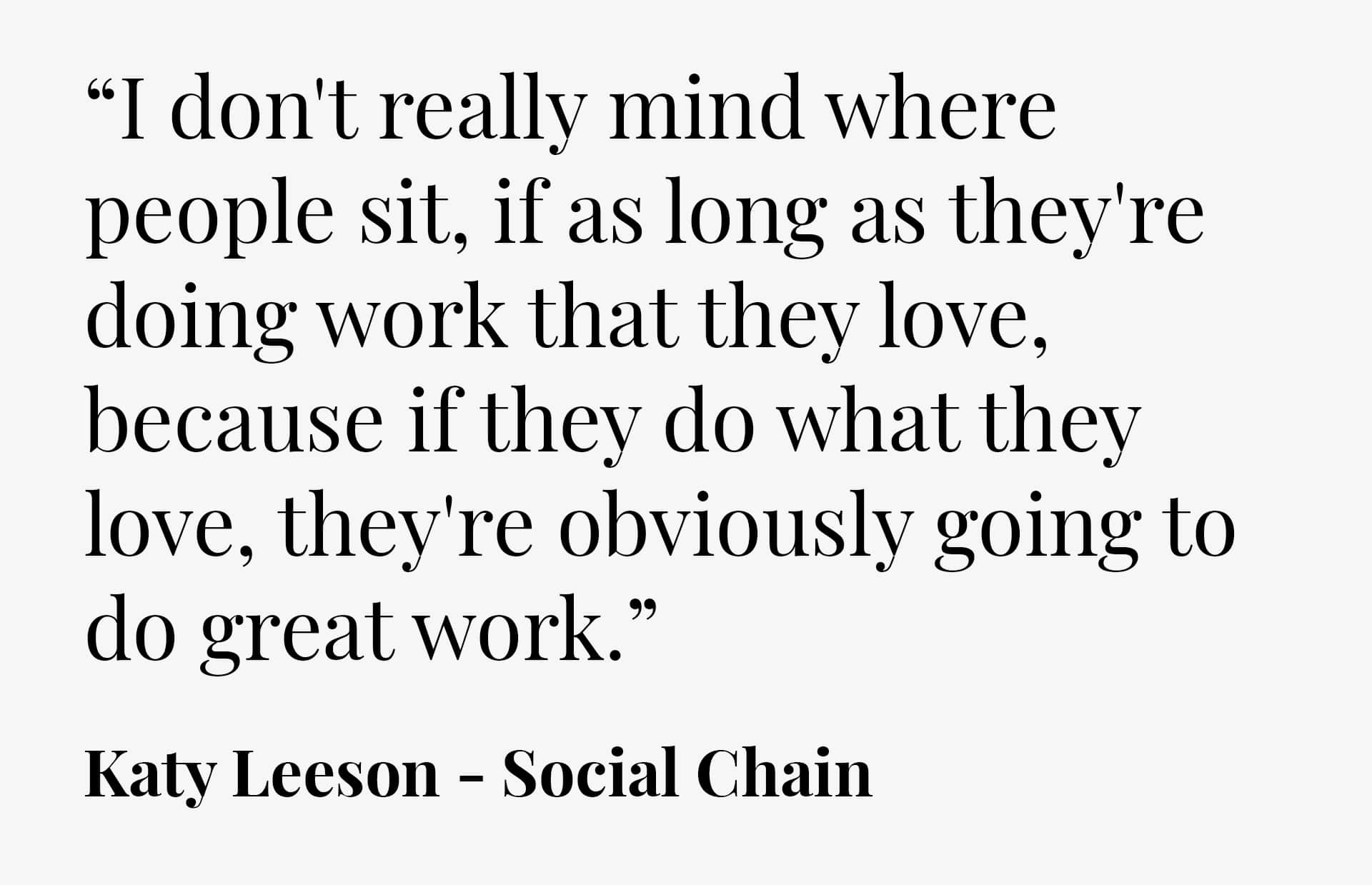 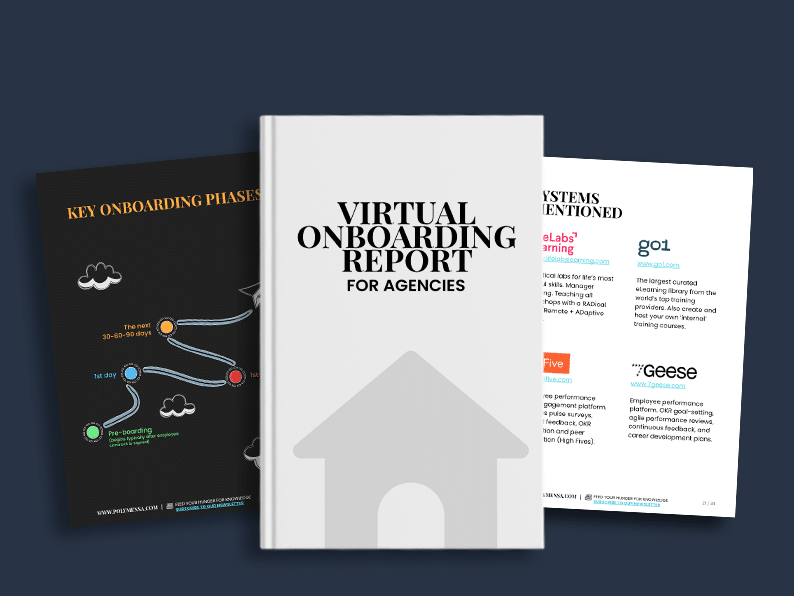 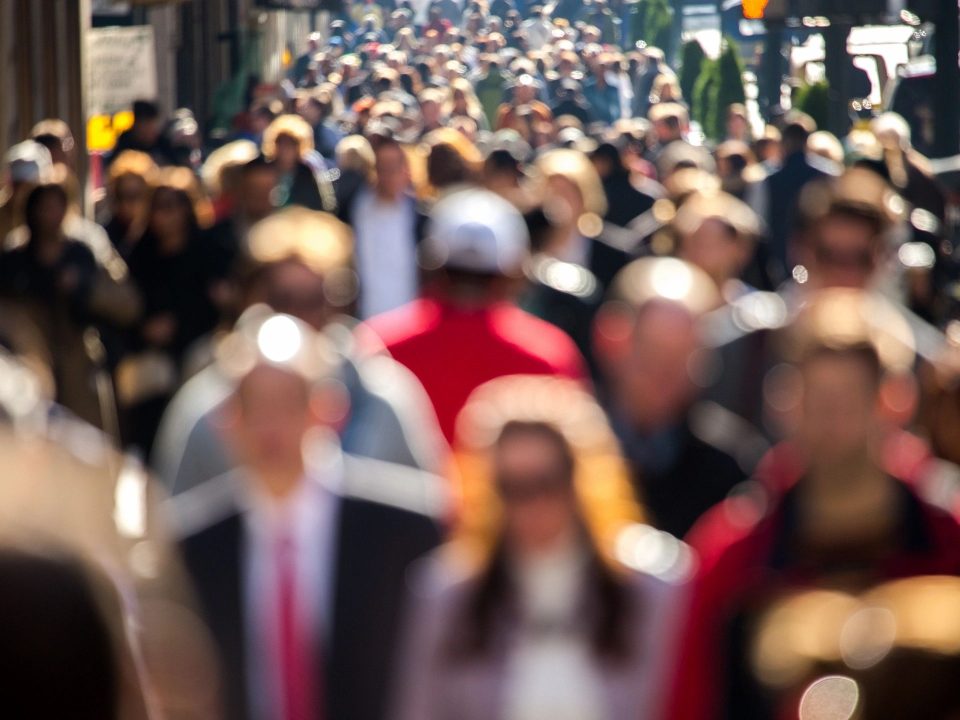 Reflections Jan 2021 – Week 1: Are you thinking too much about your ‘why’? What is drive? When is a lie a good lie and more… 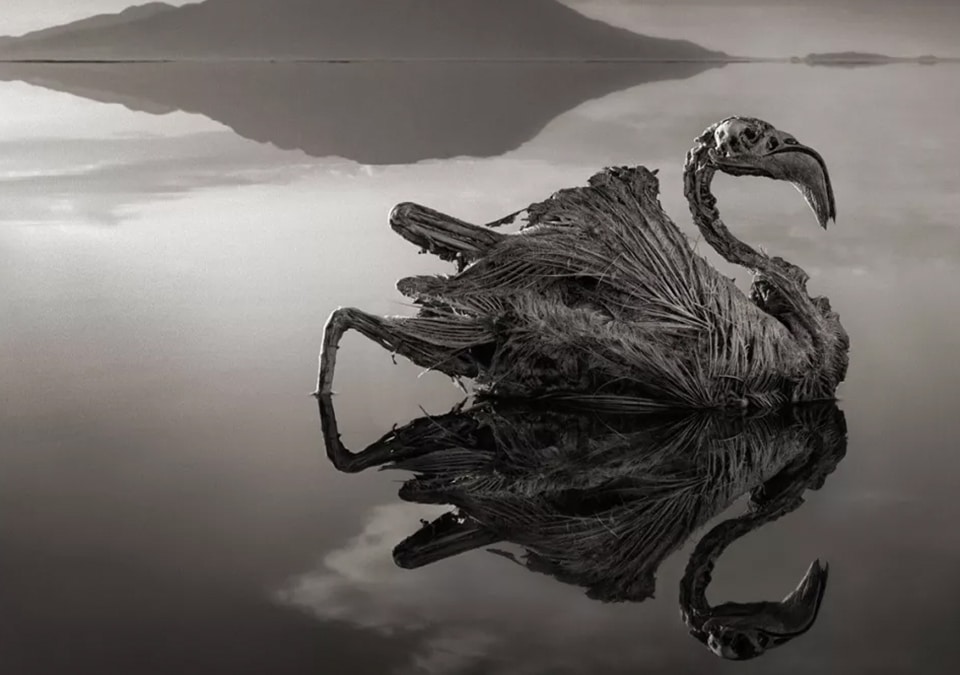